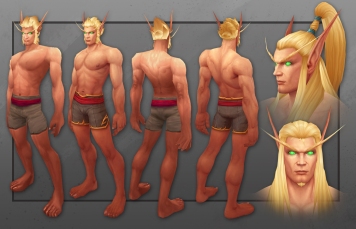 What is your opinion about the models? Do you like the new blood elf models?