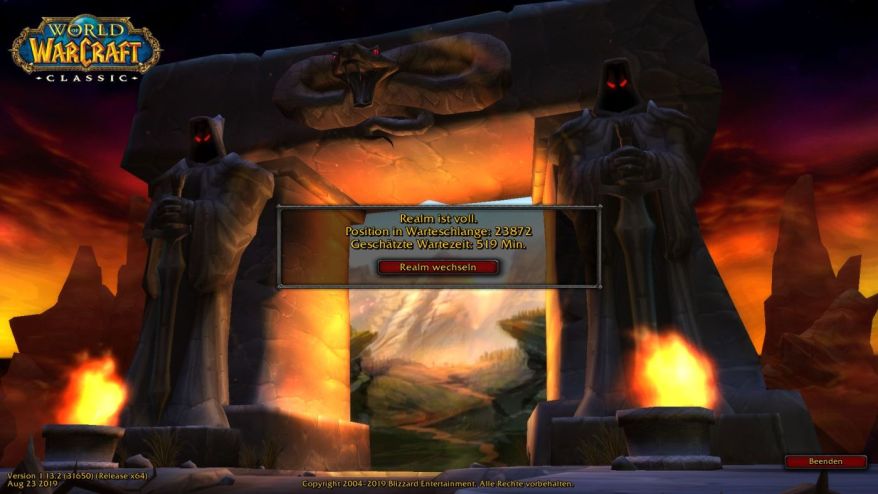 The screenshot above shows how the queue times looked like during the first days of the World of Warcraft Classic release. Memories came up because back then it wasn’t much better either. I joined the queue anyway and my friends too. But we all said “See ya later” and did some real-life activities to pass the time. The day after the release I joined the queue and shut off the PC screen. Then I did household chores, I went shopping, I went jogging, I visited the family and I did all kind of other things. In the evening I came back home and turned on the computer screen. There was still waiting time but an hour later I was in the game. That was almost midnight and my friends were able to make it into the game as well. We played the whole night until 7 am as most of us had holidays anyway. The days after it was similar, we always played during the nights. The queue is much better now, but the first days were insane!