I created my Steam account in June 2012 because I was fascinated by the idea that I could purchase games online instead of running into the stores. Steam made it possible, if you wanted a PC game now, you could purchase and download it now. So, I’ve used the Steam client for 7.5 years now. And since Steam tracks the total hours I played, I thought it would be a funny idea to create an infographic about my favorite games. So, in the picture of this post, you see my top 5 most played games on Steam by hours. The hours have been recorded since the existence of my account. I played 5381 hours in total but I only put my top 5 games into the list. So let’s talk a bit about them…

My Top 5 Most Played Games on Steam

Oh man, I can’t tell you how much I love this game but my total playtime gives you an impression. Europa Universalis is a grand strategy PC game. It was actually Europa Universalis III that got me interested because the game timeline started in the year 1399 and I could choose my hometown Lübeck as a nation. But then Europa Universalis IV came out and with the timeline starting in the year 1444, I could yet again lead my hometown to glory. But since there are over 500 nations in the game, that has never been the only nation I ruled. I tried quite a lot of nations and they’re together with all those great user mods the reason why I think Europa Universalis IV is one of the games with the greatest replayability. And I am still not tired of the game! And a big plus is, the game got me interested in history documentaries again!

It’s the game also known as just PUBG. This is a game I played often with three other friends. You form a four-man squad and take a seat in an airplane and you will drop out on an island. The only problem is that you won’t be alone. See all those other parachutes in the air? Better find a nice landing place and make sure you don’t leave out any house on your search, because you will need all the gear and weapons you can find. It’s definitely quite a lot of fun with friends, but also if you play alone or with strangers. But unfortunately, the more popular the game became, the more cheaters joined the party as well. And it seems as the developers don’t show creativity to fight the issue. This is why it’s also noticeable in my circle that people are barely still interested to play the game. 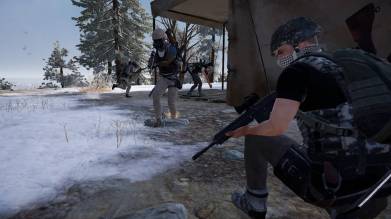 I don’t know what to say. If you never heard of the name Counter-Strike, you probably lived under a rock. But if you’re not interested in PC games, that is a valid excuse. Counter-Strike came first up in the year 2000, and it was actually a mod for the game Half-Life. Just later it became a franchise. Global Offensive is one of the last successors of the franchise but they stayed loyal to the gameplay, which means it’s still what you’d expect from a Counter-Strike game but with a modernized engine or screen resolution. So, if you played the first Counter-Strike game during your childhood or teenage, you probably enjoy Global Offensive today too. It’s a team-based game, terrorists versus counter-terrorists (special units). Plant a bomb, take hostages or defuse the bomb and rescue hostages. 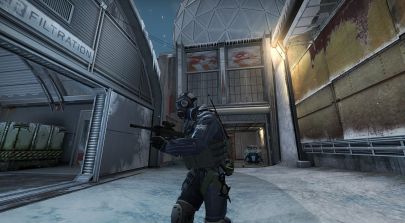 Like Europa Universalis IV, Hearts of Iron IV is a grand strategy game of the developer Paradox Interactive. I first played Hearts of Iron III but then Hearts of Iron IV came out and I had to get this game too. The Hearts of Iron series plays in the period of World War II. No matter if you want to play as Axis powers, Allied powers or neutral powers, you can choose any of the nations of that period and play through history or attempting to alter history to your liking. I played quite a lot of nations from that time, like the German Reich, Japan, Italy, the Soviet Union or the major western Allied powers from that time. I also liked to play smaller nations to see how it would turn out or attempted to unify China and defend against the Japanese invasion. It offers a lot of replayability, but not as much as Europa Universalis IV does since there have been many more nations during that time frame. So, I still prefer Europa Universalis IV over Hearts of Iron IV.

This is a game I liked to play with friends too. You can choose warships of different nations, form a group with three friends and participate in 12 versus 12 naval battles. I leveled up different warships of different nations but I totally fell in love with the gameplay of the Japanese destroyers. Apart from destroyers, I also played cruisers, battleships, and carriers but destroyers really became my favorites. The destroyers are lightly armored but fast and agile. I liked it that destroyers have torpedoes and estimating the travel route of enemy ships and successfully hit them is really exciting. But the destroyers are also fun because of the defensive mechanics with smoke generators that allow you to fog an area with smoke to establish cover for your team or yourself. Since naval battles happen at a much slower pace, although still strategic, the gameplay is not too stressful, which means it’s a game where you can relax and have fun.

If you like PC games, it’s probably clear that I can suggest you to play Europa Universalis IV, Hearts of Iron IV, Counter-Strike: Global Offensive and World of Warships. But at the current state, it’s that I probably wouldn’t suggest  Playerunknown’s Battlegrounds anymore since it’s on a downward spiral. But for all the other games I mentioned, definitely check them out! Also, if you want to tell me your favorite games or the games you played the most by hours on Steam, drop a comment below and tell me why you like your games!