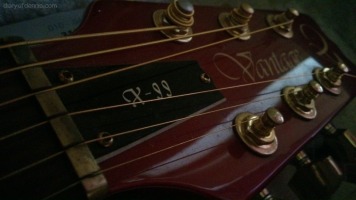 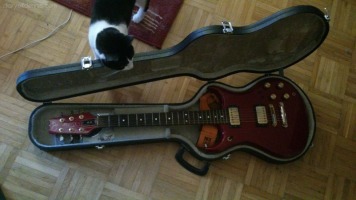 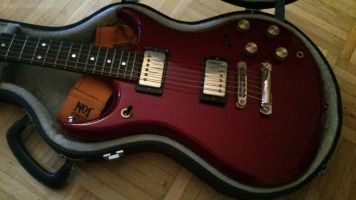 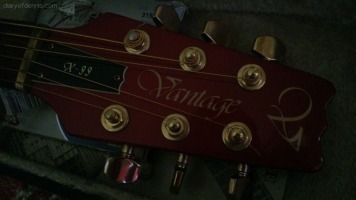 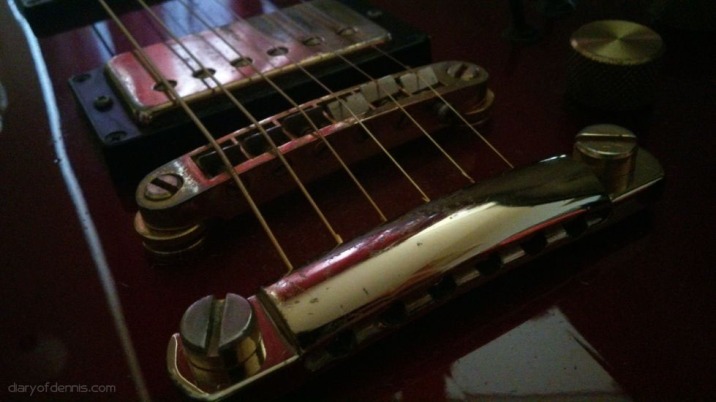 I borrowed grandpa´s rare guitar of the Vantage label. It´s a Vantage X-99 guitar. Matsumoku in Japan produced the guitar in the 70´s or 80´s but I am not sure. The X-99 was one of the Vantage top models. I can remind that I played on grandpa’s X-99 guitar many times when I was a teenager. He had also a 1974 Fender Stratocaster and it was always hard to decide which one I would like to play for some hours. But I can tell you that the Vantage X-99 is in no way inferior to a Fender Strat. I tested them both without amp at home but also on a stage when grandpa did set up his stuff before he played with his band for local events. Both guitars a pretty different but have a nice usability and awesome sound.

So, it´s many years ago when I played the X-99 and I wonder why I never asked grandpa to borrow me the guitar for some days. Fortunately he offered me to borrow the guitar now. I plugged the guitar on and played some songs with the old strings still on it. Believe me when I say that it sounds even awesome with more than 5 years old and never used again strings on it, after tuning the guitar. 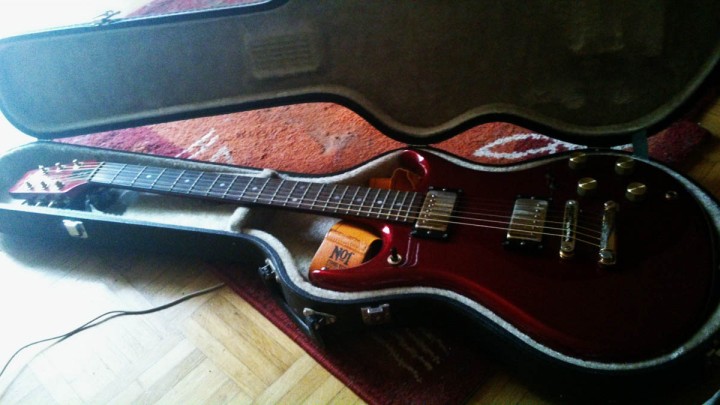 You notice that this here will be much to read, but I am dreaming if I talk about this guitar. What I wanted to mention as well is that grandpa said that he made changes on the neck stab. It´s not noticeable in standard tuning but as I love to play a half step down, it´s slightly noticeable that the strings vibrate on the neck, however it sounds still awesome. I mean so awesome that I wouldn´t even change anything. It sounds very aggressive when you play trills or hammer and pull off. It is simply great and I really would not change it if it would be my guitar. It´s great if you play Hendrix stuff like the Cat Fish Blues. The strings are very low to the neck and I love that. It allows very easy playing!

The pickups are two humbucker and they sound great as well. Overall I wonder that this kind of guitar is not mentioned often in the guitar history. It´s clearly a great guitar and I notice how often I mentioned it here already in this article. But it´s a fact. I would not even sell this guitar for 2000 US dollar if it would be my guitar and if anybody would offer me so much. The Vantage X-99 has it´s own enjoyable sound.

But I think this is enough about the topic. I´ll play that guitar hard next days until I have to give the guitar back to my grandpa. I now can at least understand why he always said that this guitar is a real gem. I still would not say that the guitar is better than some of the great Fender Stratocaster´s as I think that different types of guitars offer a different style and a different usability. But I say the Vantage X-99 plays in the same league like one of the more expansive Fender Stratocaster models. But I think it is anyway bad to compare humbucker and single coil guitars. We just came up with the comparison as my grandpa had a Strat as well. But I agree if my grandpa says that the Vantage X-99 is a gem. He is right!

You can by the way find more articles about the Vantage X-99 on my blog.