It was 2014 when I purchased my Powercolor AMD Radeon R9 270x pcs+ and I was quite happy with this card, but every graphics card will die at some point, at least if you are power user. To be honest, this GPU was basically raped, I overclocked the card, I mined Ethereum with it, and if the card was not mining, I used it to play games hour for hour. The card always had good temperatures, even during heavy load, but that doesn’t mean that a card won’t die. For a mid range card, it offered a good service, it was in fact a completely underrated graphics card. Anyway, nothing lasts forever, the card died and I had to purchase a new one.

Before I make purchases, I am the type of human who would research weeks if not months, of course this is not possible if something you really need is broken. This time it took me 24 hours to research about the recent cards and to decide on one. When a graphics card died in the past, and I can’t count how often it happened since I am grown up with computers, I would purchase new hardware that would give me at least a little or more performance that the previous hardware. Since some time I am not just eager for gaming performance, I do also love silent hardware.

There are enough sources where you can not only find performance benchmarks and comparisons, you can also find videos where people do noise tests with graphics card, and you can read reviews where they test this aspect too. Now I purchased and installed the MSI GeForce GTX 960 Gaming as 4GB variant. As I don’t want to run two cards in SLI, the 4GB don’t make a big performance plus I guess, but you take what you can get, especially when your favorite store doesn’t have the 2GB variant, and when the 4GB card just costs you 10 Euro more.

I did choose this card because it will give me enough performance compared to my old card, and as it seemed to be a silent card according to several sources, and boy was my research right. It seems that MSI has a nice technology on this card where fans would stop to work when they are not needed, for example if your PC is running in idle. I tested this with the case opened, you absolutely can’t hear this card in low performance applications, but even during heavy load it is perfectly fine. I don’t have to talk about the performance because the card has absolutely no problem with the latest demanding games.

I always said it, and I repeat it as often as I can, you don’t need more than a mid range card if you play PC games with just one screen, because todays mid range cards will allow you to play games on the highest possible settings, I said this already when I used the R9 270x. Mentioning this in a forum, I would probably get trolled or people would start to flame, and this is either because they invested way too much for a video card, or they have no idea how to build a decent gaming rig without killing their wallets. However, I can see that you will need more if you use more than just one screen. For my demands, the GTX 960 nails it.

The MSI card did cost me 220 Euro, that’s a steal for a nice gaming card in my opinion. To be honest, the money was initially saved to purchase a camera lens at some point or a new guitar, but that’s how it always has been, if my PC hardware is broken, it becomes top priority. I can now continue my digital journey with a new card, and I don’t know what else could do since or summer is more about rain than sunshine. Here are two pictures of my new graphics card as I thought I try product photography, and you might find me writing about the card again if I feel to do so… 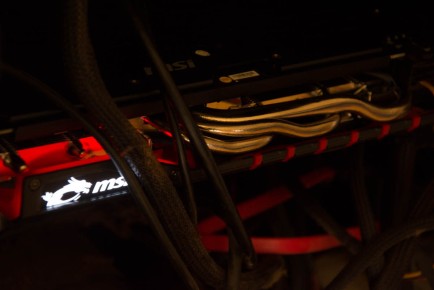 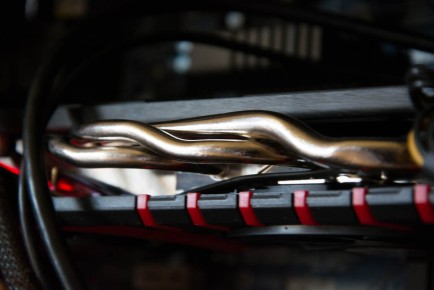