I mentioned weeks ago that my old graphics card was toasted. That happened in a very bad time as I had other costs to pay the last months. I had some savings but I did save the money for something different. Anyway, I can be days and sometimes weeks without a computer game but then, well you know what I mean if you are gamer like me… you simply come to a point where you miss it to play games if you do not have proper hardware for it. I had this NVIDIA GeForce 7100 GS as a replacement and it was great as I could at least browse the web with this card but that is all. Therefor a new graphics card had to be bought.

As I mentioned, I didn´t want to take all my savings and some calculation needed to be done because of that fact. What would be the game with the highest requirements? Well, maybe the Total War series but also Battlefield 4 which I bought at the time when it was released. I was pretty happy with my Phantom 570 and I could even play Battlefield 4 with it without problems. I now did need a somewhat equal card or even a better one. If we talk about better cards than a GTX770 or an ATI R9 280X came to my mind but I thought it would absorb too much of my savings. I then thought about a GTX760 which would be enough too. but then I found a Radeon R9 270X in one of the local shops and after some research I came to the opinion that the cost-benefit ratio would be perfect considering that I was even happy with a Phantom 570. While I thought that it is risky to rely on research, I bought the card anyway… no risk no fun? I bought the PowerColor Radeon R9 270X card and I guess my research was right as the card seems to be nice for my requirements.

I have a screen with a native resolution of 1680×1050 and usually did play Battlefield 4 with mixed graphics settings even with my Phantom 570 at that time. The Phantom 570 didn´t have any problem to max the game out, even if some guys in other forums didn´t want to believe me. But honestly, I have several friends who did run the game just fine on ultra settings with the exact same card. Now you might ask why I did reduce some of the graphics settings then and I tell you it is because of the fact that I hate blurry and sludgy looking games. This reminds me always to a games console as the games looked always mushy there in my opinion. But I am not the only one who thinks so.

I know it´s subjective but in my opinion and in the opinion of my friends (we are pure PC gamers), games uglified with the trend of cross-platform development.
Some people say that this is due to the fact that there is simply too much blur used in ultra settings… too many post effects and so on. Sure this is utterly subjective but some people I know think this way and I am one of them. This should explain why I always used mixed settings in modern games. Simply to make the game more visual appealing.

Texture filtering = Low
(To be honest, I just see a minimal difference if changed to Ultra)

Mesh quality = Ultra
(Too important to set it not on Ultra)

Terrain quality = Ultra
(Want to see as far as I can without seeing objects pop in.. had to be on Ultra) 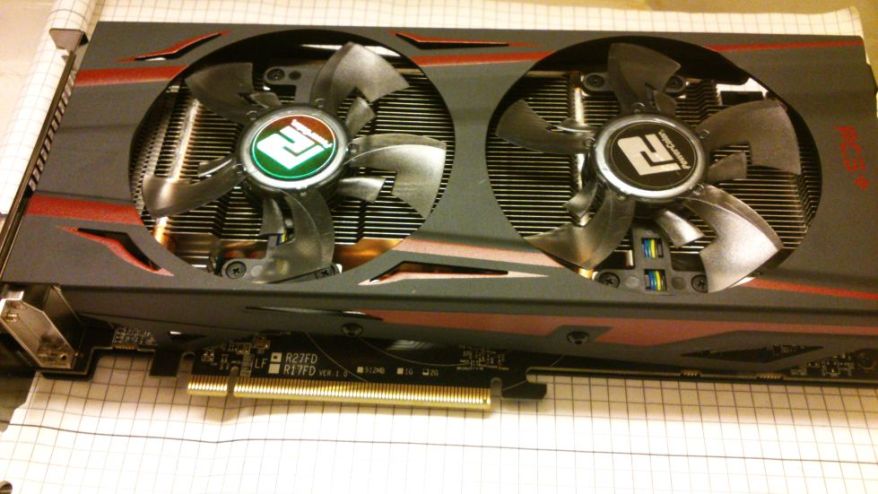 Can you play the game with several of the BF4 settings set higher? Yes, but I wouldn´t say that you can get average 61 FPS then. I noticed that the card would slow down to 40 and sometimes even to 30 FPS in heavy fire fights or when you see explosions. But for a 270 USD (I paid 200 Euro as I am from germany) video card this is absolutely fantastic! It´s a great card and my personal tip if you are looking for a decent video card with a good price/performance ratio.

If you wonder about my other hardware… I have a Gigabyte GA-970A-UD3 mainboard, an AMD Phenom X4 965 (not overclocked) and 12gb RAM in the system. I think I wrote about this system some time ago when I did build the PC.

I by the way bought the PowerColor Radeon R9 270X PCS+ and the specs are the following:

Or see more informations on the specifications of the PowerColor Radeon R9 270X PCS+.

I think this is enough at this point. I am simply happy with this new card. Should help me and my interests out for some time. So if you came here via Google to find out if you can run Battlefield 4 with a R9 270X, I would say yes you can. Hope you was able to find some details about this question here in my article. Additionally you might want to research benchmarks and so and you can also browse on YouTube and you will find a lot of people who play BF4 with a R0 270X. As said, this card offers good value for the money. That´s my opinion. Also it is not sure yet how much better this card will perform if the BF4 Mantle update will be released soon. Let´s see.