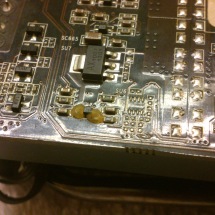 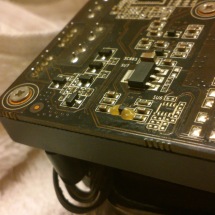 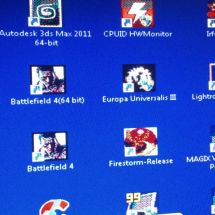 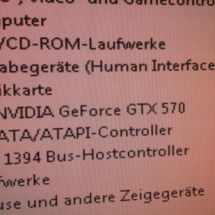 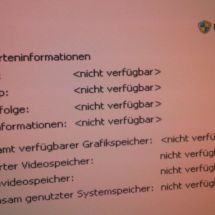 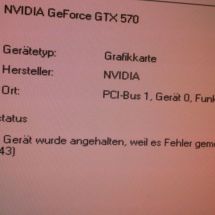 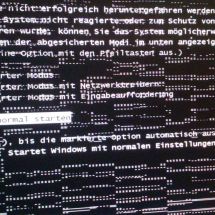 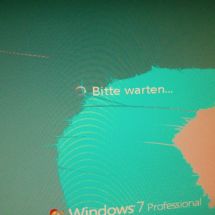 I got my first pre-Christmas surprise yesterday. But it was not a good surprise. I was working on my computer and from one second to the other, ugly graphic artifacts appeared on my screen. I know this is never a good sign and I hoped that there is a problem with a driver as I messed around with the drivers one day earlier. But on the other side I knew, I would have seen the error already yesterday then.

In the past I have seen similar symptoms with damaged PCI Express ports of a motherboard, damaged RAM modules or even damaged CPU´s if you believe it or not. I knew it will be most likely my graphics card as the card made some trouble since some time anyway, but who knows? I always prefer to check everything. I started to check each of my memory modules and checked out some other potential error sources but the sad conclusion was that my video card got damaged.

I came to this conclusion today when the husband of my mother brought me one of his alternative video cards. He brought me one of this low-end office display adapters, in this case I am talking about the NVIDIA GeForce 7100 GS. I replaced my Gainward GeForce GTX570 Phantom with the low-end card and look there? The issue was fixed. I can use the 7100 GS now but it is no graphics adapter which I could use to play games or any other heavy graphics applications. But well, it´s still enough to manage my blog and it is also enough for any office applications or web browsing.

When I had the faulty GTX570 Phantom in my hands now, I noticed (and you might see it on the photos) that either some chips or transistors liquefied. But also soldered seams and I noticed that the whole board had some heat discolorations. It is very obvious that this card got roasted.

But to be honest, that this happened was not a big surprise for me. That was a problematic video card since some time but the problem was that the warranty was already over. I saw artefacts already one month ago but it was just one day and the issue disappeared again. Also there were heat issues as the card was running with 80 and sometimes up to 90 degree celsius in heavy graphics applications. But the performance of the card was still pretty awesome. I checked out if I had some major heat problems in my computer case but I couldn´t find anything to worry about. My conclusion was already months ago that this card is faulty and that it is sad that there was no warranty time left.

So, yesterday was the last day for my GTX570 Phantom. This card can now be considered as damaged, broken, roasted, toasted, fried and what ever funny vocabulary comes to mind. 😀

Sure this is a bad pre-Christmas surprise. I now had to look how I come to a new one as the NVIDIA GeForce 7100 GS is not a good alternative when we talk about games and so. It´s enough to bridge the time but I will soon buy a decent and better card. As I liked the GTX570 performance already and as I was even able to play Battlefield 4 on max with this card, I don´t have much bigger demands.

The Phantom 570 did cost me over 400 USD three years ago and this time I don´t really want to pay that much again. Fortunately there are already cheaper cards with better performance on the market. I still will research a little bit more but at the moment I do think that the ATI R9 280X or a NVIDIA GTX760 would be a similar choice. But it still makes me sad that I have to take money from my savings (I actually saved the money for something different).

I also do think about ATI cards. I am somewhat sick of NVIDIA cards but as said I will start with research next days. I have loaned a huge amount of my saving to a family member and I get parts of the money back in january, which means that I can now be happy that I have at least a 7100 GS here to bridge the time. That means I have also some weeks time for research and the decision. And then I will grab a new one in January.