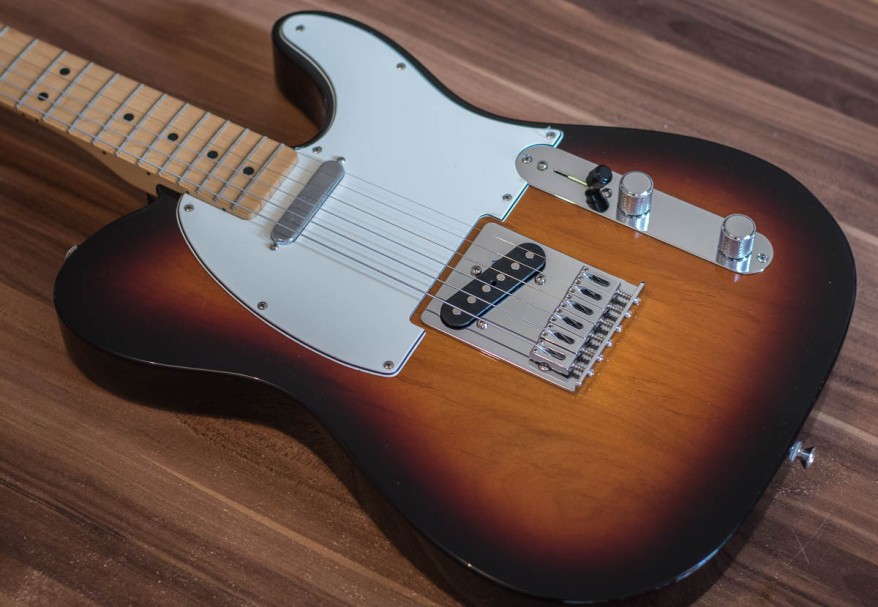 When I purchased my Fender Standard Telecaster, I did that because I still wanted to try out something new with a portion of my savings. I played on different Telecaster guitars in the past. In guitar stores for example, but I don’t think that you can develop a relation with a guitar if you grab one for let’s say 15 minutes. You also can’t see what makes that guitar special. If I got an impression, then it was that I thought they are niche guitars, mainly because they sound bright, and twangy as many people say. When I purchased mine, even then it took me several weeks to get an opinion.

Sure, you can say quickly that the guitar sounds and feels nice, but that is no real relation either, it’s just a first impression as well. Anything else might come later, or not. I actually purchased the guitar knowing that I won’t play with it as much as with my other guitars. As said, I always thought Teles are niche, you might use them for this and that, but not for everything. I was fine with this idea, having a guitar for special things, because it was spare money. But you know what? I was pretty wrong. Now I have that thing since 5 months, and while I play all my guitars regularly, it’s extremely difficult to get around the Telecaster. I often think “Let’s take another one”, but then I take the Telecaster anyway. Afterwards I might still take another one, but you get my point. The Telecaster gets into my way first.

In other words. I play them all a lot, but if you would ask me if there was a day where I didn’t play the Telecaster, I would tell you that I can’t remember. There might have been, but overall I take that thing every single day. This was totally unexpected. That guitar is fantastic. That thing gets into your face, and into your ears of course. So much clarity in the sound, it’s breathing, I mean you can strum a chord but you will still hear out every single guitar string or note. This guitar is a bully, a loud-mouth. I am not kidding, because when you play a chord it’s screaming into your ears “Here I am, now what?”. It makes you self-aware, it makes you play better than you thought you could do. I think you get my point, I am in love with that guitar. So much sustain, so aggressive.

To be honest, I couldn`t remember when I broke a guitar string the last time. It must have been a while, maybe one or two decades. No joke. I play quite a long time on guitar strings because I love the tone of used guitar strings a lot, yes some guitarists have this kink. I often play a half year on a set of strings because at some point they start to sound very vintage as I would describe it. I only change strings if they start to get out of tune, if the intonation sounds totally off. I mean if I can’t get them tuned anymore, if they always sound off, then it’s time for a change. But never because a string broke, I really can’t remember when that happened the last time before I owned the Telecaster.

But with the Telecaster? I broke two strings already. Why? Because that guitar doesn’t want to cuddle, it doesn’t want to get strummed, it wants you to take big swings and punch right into the set of strings. That twangs a lot. And if I play without plectrum, it just wants me to plug a string and let it smash against the fretboard. Now I know what people mean when they say a Telecaster is twangy. Yes, at times you play on that guitar as if you want to shoot arrows with a bow. I don’t think that there is anything more to say. I realized I like Telecaster guitars a lot, at least mine.