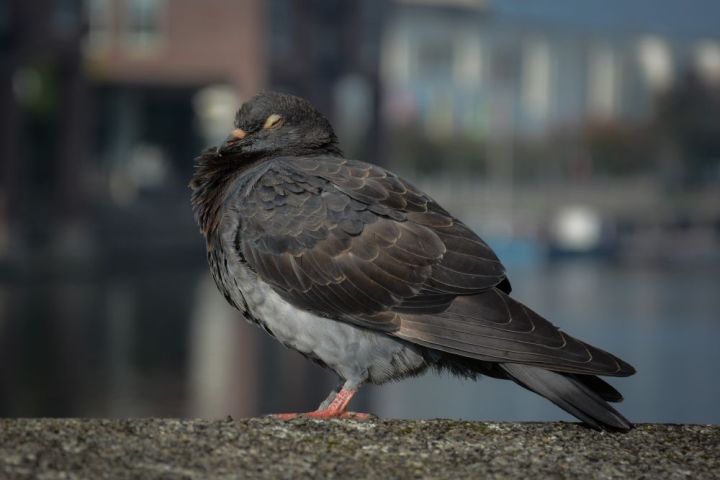 I shot the photo of the sleeping pigeon a week ago when I walked through the city. At first I thought the pigeon would have some kind of disease, but when I saw the photo at home, I thought the pigeon does just hold a nap, I’d say a power nap at day time. I saw the bird near a load and busy intersection in the city, I am not sure if it’s the best place to hold a nap, but as you can see, the bird was ok with the place.

As I was still confused if the bird has a disease or if the bird is just sleeping, I asked Google for sleeping pigeon photos and found an academic article of the German Max Planck Institute about “power napping” in pigeons, and there is a pigeon photo within the article and you can see that this is how pigeons take a nap. In case you did read their article, I found a blog hosted on WordPress with an article related to this study, I thought it was easier to understand. Not directly related to pigeon sleep but bird sleep in general, here is another interesting article.

At the end I show you a second shot where the bird had the eyes slightly opened, I cropped the image heavily so that you can see better: