The fourth December 2016 was the last day I touched an “analog” cigarette. Some of my friends started to vape e-cigarettes and mentioned how it improved their overall feeling, they did really claim they would feel much more healthy. I started to do my own research and despite all the negative press I came to the conclusion that e-cigarettes must be a lot more healthy. No, this is no call to action, if you never smoked, please don’t start to vape e-cigarettes because you live better without any habit. Talking about myself, I need my bad habit of getting a nice throat hit and my nicotine level. On said day in the morning I walked straight into one of those vaping stores and got myself my first vape device without knowing what I would expect. Would the throat hit be as good as with an analog cigarette, or could I maintain my nicotine level? Damn, my first device and e-liquid did not disappoint me, it was awesome and from that day on it was almost out of question that I ever would smoke a real cigarette again. 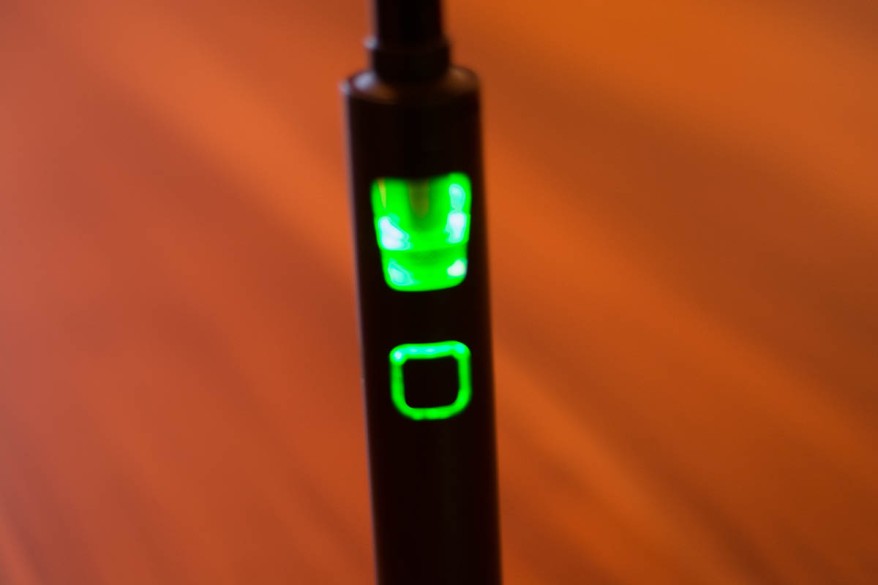 Ok, to be completely honest, weeks later there was one day where my device did make a little bit of trouble, to be more exact the coils are wearing parts and I had no spare coil at home but I started to get cravings. I went into a kiosk and got myself a can of tobacco and stuffed a cigarette and lit it. Just two drags and I thought “What the f…?”, how could I smoke this crap for one and a half decade? It tasted like, I don’t know, maybe like a manufactory chimney smells? I couldn’t smoke this thing anymore, the two drags were so horrible that I don’t count this faux pas. I gave my new tobacco can away for free to someone who appreciated it because it was clear that I would not stuff another cigarette with it. I went back to the vape store and got me enough coils to be set for a while, because you usually just have to replace the e-cigarette coils one or two times a month. So, for me, the fourth December is still the day when I stopped smoking cigarettes, and when I started to use e-cigarettes instead. A half-year later I must say that I don’t regret it, I feel so much better without cigarettes.

But why would I say this? Simply because all my friends who started to vape were right. I started to breathe better, my taste and smell came back in no time, my clothes, my body and my smoking room didn’t smell like an ashtray anymore and so on. Right now I even started with sports again, and even running is not the exact same of pain in the lungs compared to the time when I tried running as a smoker. Apart from that it’s so cheap, I basically save the exact same amount of money that I would otherwise have spent on cigarettes or tobacco. It seems the bandits of the tobacco industry did lobby in the EU, they made vaping more expensive again. Before, it was basically very cheap because you could purchase the ingredients in liter bottles and mix your own e-liquids. I did bunker quite some stuff before these sharks could get into my way with their regulations. So, for me it’s still super cheap, they didn’t stop me nor my friends. The benefits are so big that there is no way that I will ever smoke a real cigarette again, in fact I can’t even smell it anymore if someone near me smokes, it smells so horrible.

Does that mean that I will vape e-cigarettes for the rest of my life? Of course you don’t make such plans, for now I just wanted to get away from cigarettes, I wanted to try an alternative that doesn’t pump thousands of toxins into my body. In my opinion, e-cigarettes are this alternative. It happens quite often now that I don’t use my e-cigarette a half day or I do often forget it at home, that’s something that would not have been possible either with real cigarettes. The nicotine cravings aren’t as bad, but I still like to get my throat hits. Also I am now in control over my nicotine level, I usually mixed some liquids with 9mg nicotine because that really hits well enough, but recently I started to mix 3mg nicotine liquids and that starts to work as well. At some point you can’t go much lower, which means that could be the point where I skip e-cigarettes as well. For now I am just happy that I got off cigarettes, that I don’t have to inhale burned tobacco anymore, and that I feel so much better. I prefer vaping e-cigarettes as a habit but as said, maybe I get to the point where I put this away too.

And again, for the “kids” under you that think it sounds cool, seriously, if you never smoked, there is absolutely no reason to start using e-cigarettes. I shot thousands of toxins into my lungs for one and a half decade, and I would still doing it if I wouldn’t have tried e-cigarettes. Anyway, it’s without question that you live healthier without both. I find this very important to mention, because I heard of people who started to vape even if they got along without a single cigarette in their lives for so long, that’s so stupid! Don’t do that! Just stay away from both and be happy that you never experienced a nicotine addictions!