Musing About This And That – Part 3

Some unexpected costs came up. I had to fix a couple of things in my apartment and I also had to use parts of my savings. However, since I was […]

About Homelessness, Poverty And Social Welfare

Today I found a post of a fellow blogger. She was in Melbourne and walked under a bridge and found a bridge pylons where people obviously paid tribute to a […]

Homeless Man Got 1000 Dollar With A Lottery Ticket

Some hours ago there popped a video up on YouTube but I found it on Reddit as the video climbed directly to the first place in the “Reddit charts”. That […]

The bicycle of my mother has been stolen today…

While I have written a lot of cool stories about my hometown on my blog, it must also be mentioned that there are not only good things happening here. I […] 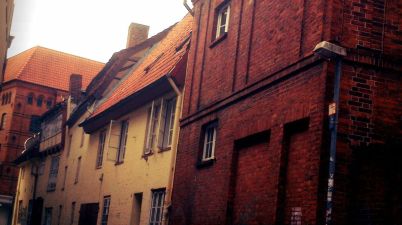 Anywhere in the Inner-City of Lübeck

This is just another new photo of any street in the inner-city of Lübeck. I edited it a little bit with Android Pixlr-o-matic. The result is a little bit grungy. […]

A Domain Name for my Blog :)

Today I purchased a domain name in the wordpress.com store. I remember back when I started my first blogpost here and didn´t even know why I did. Looks like I […]

Green is the prime color of the world, and that from which its loveliness arises.

This is a Photo which my Mother took in Thuringia. I did like her Raw Image already pretty much but edited it anyway because I felt bored today. I also […]

The daily abysmal stupidity which make you laugh…

Great! It´s Monday and my Weekend Reserves of Food Products has been depleted so that it was Time to go shopping for the Week. Once arrived near the Shopping Mall, […]

The nature starts to reclaim this old train freight depot in my hometown. Behind the depot there are still active and maintained railway lines for passenger traffic and freight. But […]

A Topic about Problems and Controversy. Do you know this helpless Feeling?

I have a Controversy and Problems with someone. It´s really one of these Disputes where both Sides seems to have their own Opinion and wont understand each other much less […]

Actually I wanted to write about the great Day I yesterday had. I told you on Friday that my Family and me planed a Trip in the Nature. We had […] 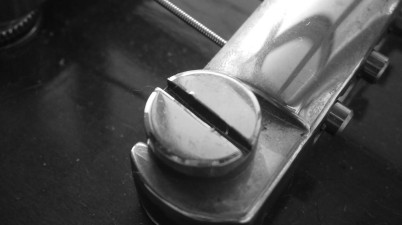 A Video of a Guitar Song I was working on last Week.

I thought it´s time to share a Song I was working on the last Week. I sometimes just have an Idea of a Rythm and record it so that I […]

Shopping does not only make Women’s feel good!

Since I had some Savings from last Months, I decided to went out for shopping. Main Idea was to get some new Clothes and I defenetly wanted to buy more […]

Blogging Rules are meant to be broken.

I noticed I have broken nearly every blogging rule I ever did read about. Yes. I´ve seen blogs which wrote about these Blogging Rules. Stuff like… – Good bloggers post […]