The Birthday of Grandpa, Chat About old Times and the Photo Albums

Today is grandpa’s birthday and the family came together to celebrate him. It is already some kind of tradition to talk about family birthdays on my blog, although I missed to write about some when I was too busy, but I usually try to do a recap. Normally I do upload photos of the cakes we did eat and this time we had cakes as well but I thought I do something else now. I show you some photos of grandpa’s and grandma’s old travel photo album. 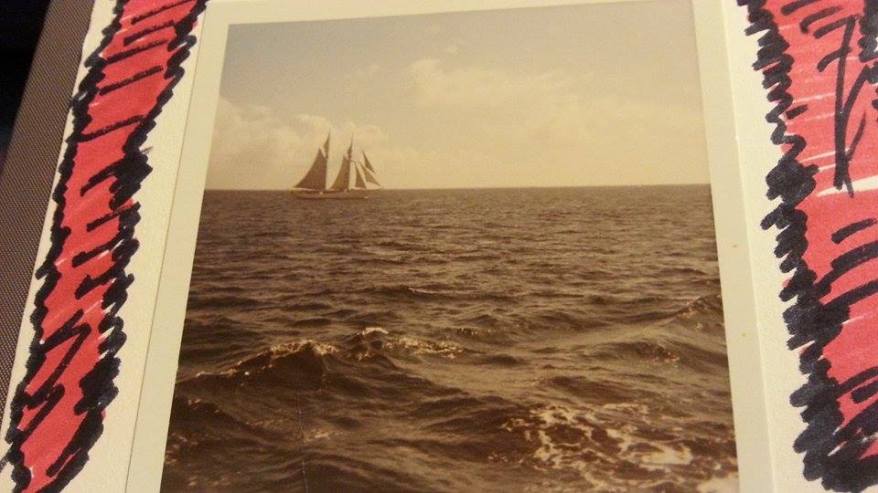 They travelled a lot with ships because grandpa was musician, guitarist and singer on cruise ships in Europe, mainly Northern Europe. As Lübeck is a city at the Baltic Sea, we have of course several cruise liner that travel back and forth between Germany and all countries of the Baltic region. They saw Denmark, Sweden and Norway for example. But not only because grandpa was a musician on a ship, they did also spend time of their private holidays in Scandinavia. Today on grandpa’s birthday, they talked a lot about it and showed us a lot of photos. We did take photos of some in the album and I want to show you them now. Here a for example photos of Bergen in Norway…

Of course, I wanted to listen to grandpa’s story and I didn’t want to take more photos because I listened to him. However, grandpa said that it would be a cool idea if I would take all of his albums some day to scan the images and to basically secure them digitally too. I will do that some day and maybe I can show you more when I do but first I need to read the manual of my new multipurpose printer and scanner that I own since some time and that I didn’t make run because of laziness.

Talking about the images, grandpa said that they drove with a car through Sweden to South Norway and from there up to the most northern point of Norway. He said they saw all fjords of Norway and many hills. It was also good to see Sweden before Norway as grandma’s parents are from there and she felt attached to the country anyhow. So, this would explain why I get a familiar feeling when I see documentaries about Sweden. I’m just kidding but one thing is true, I believe I would enjoy Sweden and I would like to live there or in Norway because I think it’s very beautiful but I have never been there.

Grandpa also said that Sweden was beautiful but he also liked Norway pretty much. The photos I showed you are shot in Norway Bergen and he said most architecture in Norway was wooden architecture. On the image you can see a church and he said it was totally wooden and beautiful while they are in Germany usually built with stone. He also said that the houses near the port and every other houses were wooden and he said that the port looked like a hideout for pirates but with some Vikings flair of course.

Grandma and grandpa said that we should see this some day and mentioned that it might have changed a lot and that they don’t know, but they said Norway and Sweden are great. Apart from architecture, of course, the nature is very stunning too. Nevermind if I saw grandpa’s nature photos from there or if I saw documentaries, I love fjords, hills and everything I see about Norway. But the nature of Sweden is in my opinion very beautiful too.

I am not sure if I ever wrote a bucket list and I saw already some places but if I would write one, Sweden and Norway would be absolutely on the list. It was very interesting to listen to grandpa’s and grandma’s stories and watching all the photos. I really need to scan some more photos when I did set up my printer correctly. So, maybe I will do this. As most family meetings, grandpa’s birthday was very interesting today too. I love family celebrations, not only this, I always love to spend time with my family. Hope you enjoyed the old holiday photos of grandpa too. I try to show more some day.