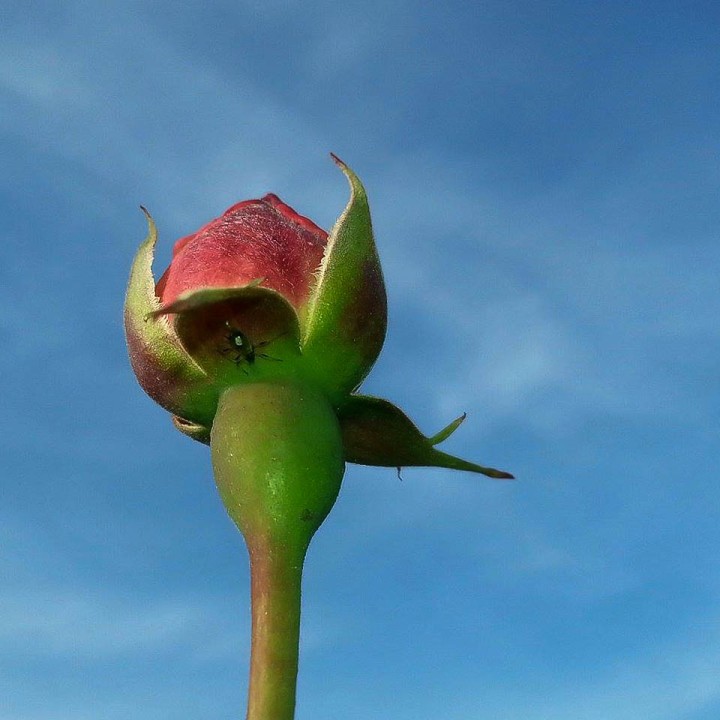 It seems that I still don’t get email notifications for the weekly photo challenge and that means I don’t participate that often anymore because I miss this reminder. But today I saw other people publish images for this weeks challenge called angular.

Well, what does angular mean to me? I think angular comes from the term angles and this means perspective to me. So, I looked in my folders if I have a photo where I did play with different perspectives and I found many. However, there was this one image that my mother shot and that she sent me some time ago. When she did that, she said to me “Look, do you see the spider under the plant?” and I answered “Yea, that is a cool shot!” but apart from the spider under the plant, there is another reason why I like this image. It seems she did hold her phone camera slightly under the plan and did shot in the direction of the heaven. Thus it appears as if the plant would be quite big. That is perspective play to me and even if her attention was to take a photo of the spider, she agreed and said “Now when you say that, you’re right”.

It’s some time ago when she showed me the image and when we talked about it days later. That was late summer and when I searched a photo for the challenge today, I thought this one would fit very well.