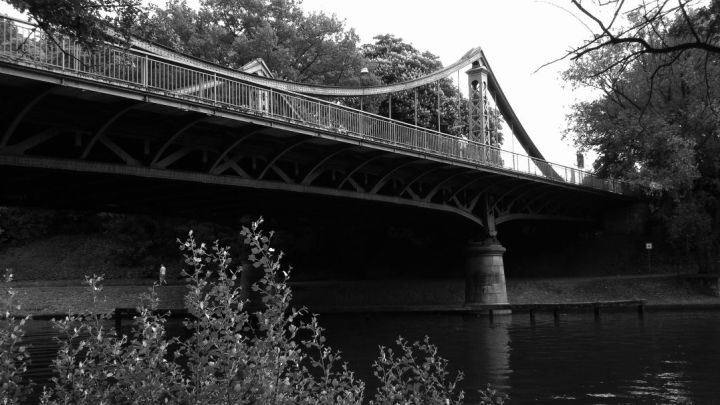 Above you can see one of many bridges of Lübeck and the Trave River that I mentioned quite often here on my blog. The image was pretty overexposed and I fixed this at least a little bit. I removed a lot of highlights but it didn´t make me happy so that I decided to add a black and white gradient map to get a slightly monochrome image. If nothing goes when we talk about overexposure, it´s sometimes a good idea to change the image to black and white. The overexposed areas are then less noticeable in my opinion or at least not so pushy anymore. But this is just my opinion and experience.

Back to the subject, Lübeck has some beautiful and old bridges but as old as they are so fragile they are too, which is why they start to repair many of the bridges at the moment. In fact structural engineers noticed this two years ago and at that time I read in the local newspaper that some of them are in a very critical state. The bridges look old and beautiful but the structure is fragile. They repaired already some bridges in the last two years and they begin to work on others. Now you could say it´s good that they noticed the state and that they repair them but some citizens of the town are upset because they repair so many bridges at once, mainly because the road traffic is influenced too due to the repair work. But if you ask me, you better have traffic jam on the streets than collapsing bridges in the city and that would result in a much bigger affair. I think some people are upset about everything but they often don´t get why something must be done or?