Today I grabbed my Vintage V100 Lemon Drop guitar early in the morning because I was in the mood to try some things out. And it didn’t take a long […]

A couple of days ago I recorded a backing track, but I was too lazy to add a chorus. It’s just a few chords repeating over and over again. But […]

Another Fulfilled Dream – A Telecaster

You’re never done with guitars. I had two now, but I purchased a third. I always liked Fender guitars, especially Statocaster guitars, but also their Telecaster models. I played a […]

Having A Good Time With The Cat And Guitar

Today I randomly played some sad chords and liked it so much that I decided to record it. I use my own recordings as backing tracks so that I can […] 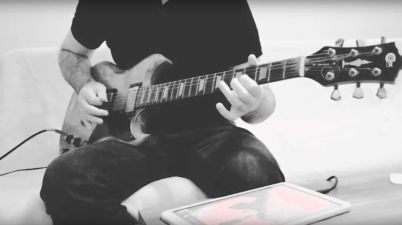 Last year when I played and uploaded a guitar solo to YouTube, I was wondering in my related post if I maybe should do this more often. Don’t get me […]