The First Photos of Shyna, Old-Times 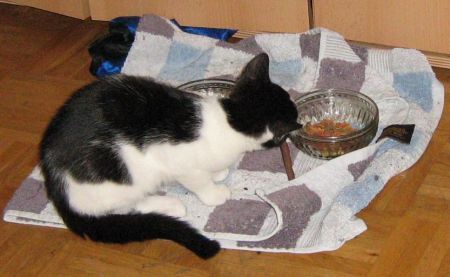 It’s interesting, I never uploaded the very first photos we took when Shyna moved as a kitten into the apartment where I lived at that time. The only photo that I uploaded of that time is the one that the breeder took. That was the photo before I gave her a home. What I will show you now, that are the photos that I took the early days of her arrival in her new home. All the photos in this post are shot at that time.

I sadly have not much photos of that time because I saved them on my old computer and the hard drive broke soon after that time. I was sad about the loss of the photos but there was nothing else to do apart from getting used to the thoughts that I don’t have photos of her young kitty life anymore. But years later I found the broken hard drive in one of the boxes where I did keep old computer hardware and with more knowhow at that time, I immediately got the idea to plug the broken hardware as a secondary device into a newer system. Of course, the hard drive was still broken but as I did run Windows on the first device I was able to access the secondary broken hard drive from there with data recovery tools that I installed. 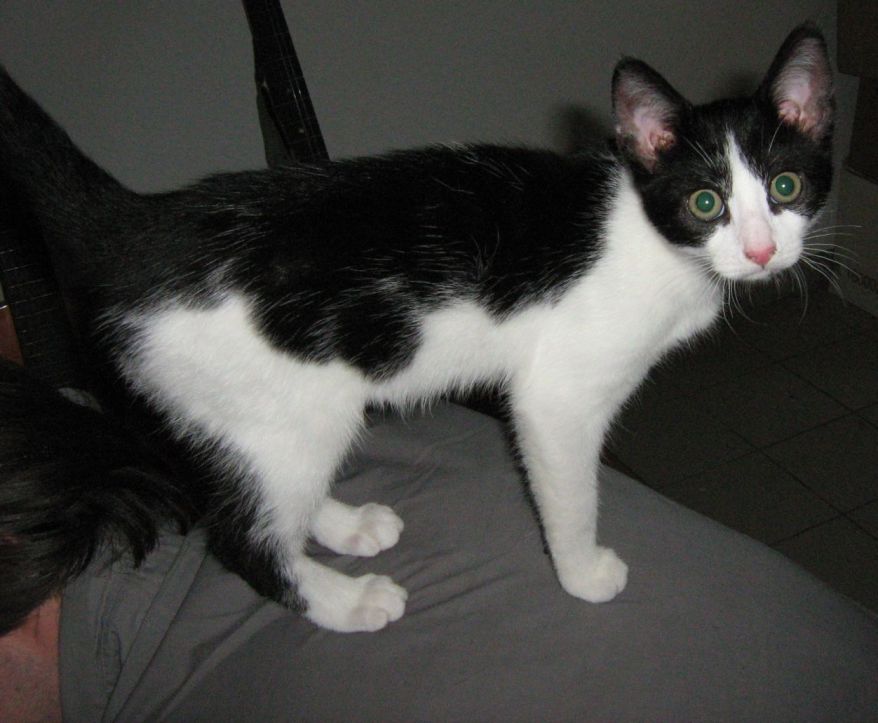 I can tell you that it was not funny to go through all the data because most files had no real names anymore, all files had a mix of really strange alphabetical and numeral file names due to the broken sectors of the hard drive and the resulting read fault errors. Yes, in this case you can often just hope that you can at least recover a few files, and it takes time to find them because you manually have to dig through a jungle of still healthy files that are named like hieroglyphs. However, it was worth the work and even if I couldn’t recover all important files, I am happy that I at least found some still intact image files of my cat in her young years. I didn’t find all of her photos but the fact that I found a few, that made me very happy because it is better to have some photos of that time instead of none. Today I want to present them to you, but not only this, I also want to store them on my blog to secure them for the future.

My first apartment was very chaotic, you maybe heard of young and drunken wannabe guitar players, but my cat seemed to enjoy the chaos because there were so many things to discover and so many places to play hide and seek with me. She also got to know all my friends who stopped by to party with me. But it was the first time I started to use the volume knob of my stereo equipment of that time to turn the knob into the other direction, to lower the volume, because I did now have to care about my cat. I am sure my neighbors loved it and if they would have known that it was because I got a cat, they would have thanked her. My friends respected it but we started to use my apartment only for civilized sit-ins and the apartments of friends who had no pets for louder parties and if we wanted to get crazy. 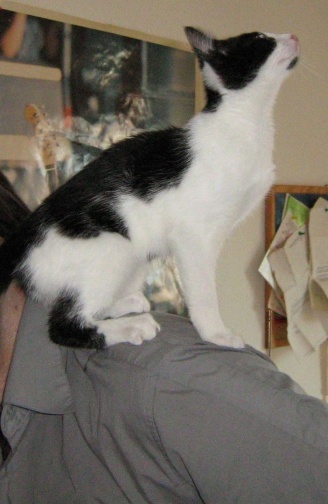 I was not the only one who thought my cat would be really cute. My friends liked her too and several family members as well. My mother usually stopped by once in a week but when my cat moved in, she visited me everyday to take a look and to see my cat growing up. Most visitors wanted to pet my cat or wanted to play with her but Shyna decided if she allows it or not. As the name implies, she was shy, but today I would rather say she was and is careful but not necessarily shy. As cats, we humans decide very careful too what kind of people we want to have around us. My cat didn’t like anybody but she trusted and enjoyed the presence of my mother. They became friends too and play together up today when my mother visits me.

I offered a lot of cat toys and also did attach a carpet to one of my walls where Shyna could climb. Previously I bought something in a pets store that had the same function but Shyna destroyed it already after some days. I decided to attach a carpet and it worked much better and there was more space to climb up the wall. I also attached some cat toys on a cotton but my mother told me one day later that this wouldn’t be a very good idea because it would be very dangerous for the cat when I am not at home. I agreed and removed the cotton and toys from the wall. 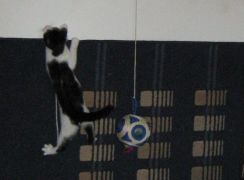 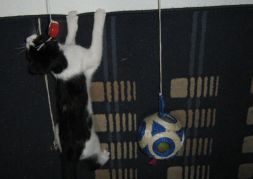 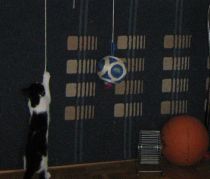 At the end I will show you some other photos that are not in good quality and that I shot in my first apartment back then. All photos of that time are very important to me because they all are reminders how little Shyna was. All photos you saw here are photos that I basically lost, until I used the data recovery tools. I am so happy that I could secure some of the old photos. 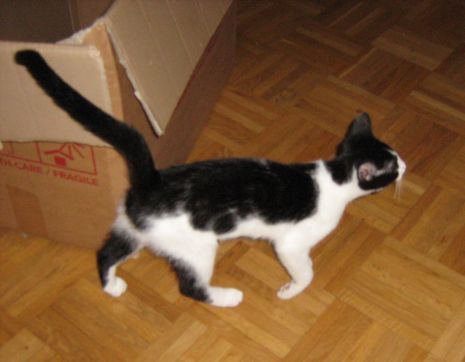 Later, when Shyna was almost grown, I decided to move out of my very first “bachelor apartment” because I became more mature too and wanted to have a more beautiful home. Apart from that I also thought that my first apartment was not only too little for me but also for my cat. Now you saw some photos of the old-time when she still was small and a kitten. I hope you enjoyed her kitty photos. Thanks for following Shyna’s stories here.