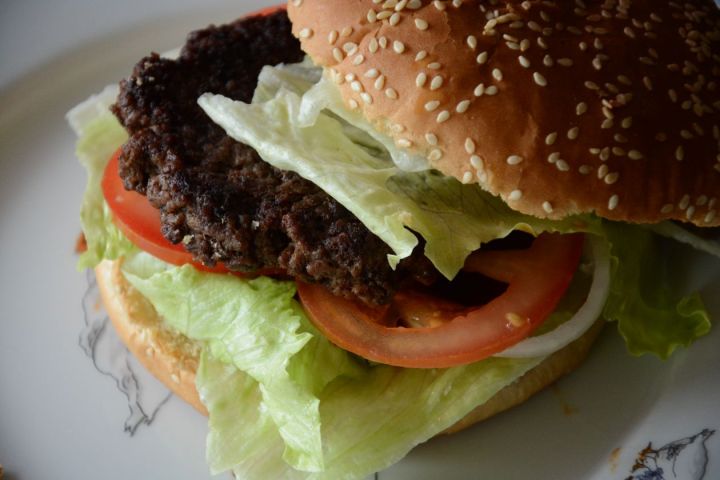 Today I visited my mother as we wanted to cook something together. We decided to make burgers. We both think that the burgers of the known fast food chains are not very special, they taste a little bit like cardboard or something as drily. But creating our own hamburger? We never did that, it’s simply not that common here.

To be honest, I pretty much like the idea of eating burgers, at least if they are freshly made somewhere, but not those you get from the very well-known big fast food chains. So, we though we should try to make them ourselves. We bought all the ingredients, the best ingredients we could get and started the fun.

I have my favorite local store when it comes to vegetables and meat. We went there and bought some really good-looking tomatoes and iceberg lettuce. This particular store does always have vegetables that actually taste extremely fresh compared to the vegetables you get in the other stores in our district.

We also bough pickled cucumbers, we call them Danish cucumbers. We didn’t create our own sauce though. We bought one ready-made spicy red hamburger sauce and one yellow dressing sauce probably known as remoulade. The butcher in the same store has also the greatest meat in our district, we bought one pound of beef.

Apart from that, we also found burger buns in the same store. My mother had onions at home as same as the pepper and salt to flavour the beef. We started to make them, although we didn’t know what to expect from our first self-made burgers. After the first bit we both where sure, they are extremely delicious.

If you use all these fresh ingredients, the burger tastes so much better than any other burger you get from the known chains, it’s world’s apart of course. After eating we both were sure these were the best burgers we ever ate. We were pretty much amazed and will do this more often now.

Her husband was on a class meeting in another federal state, we had the unfair idea to send him a picture of our freshly made burgers, in fact we did send the pictures to several people in our address list on the phones, so shameless. I still think the photo looks mouth-watering, we need to do it again. 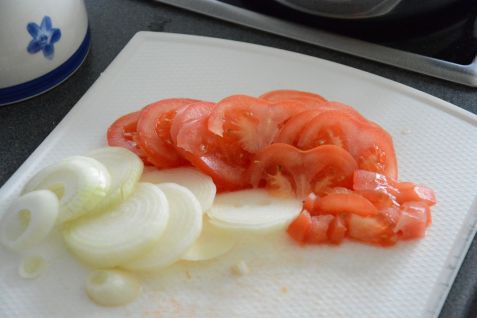 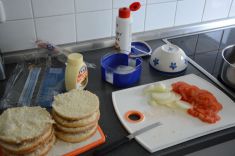 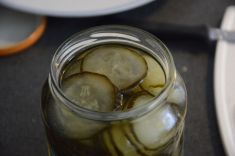 17 thoughts on “A Perfect Burger”