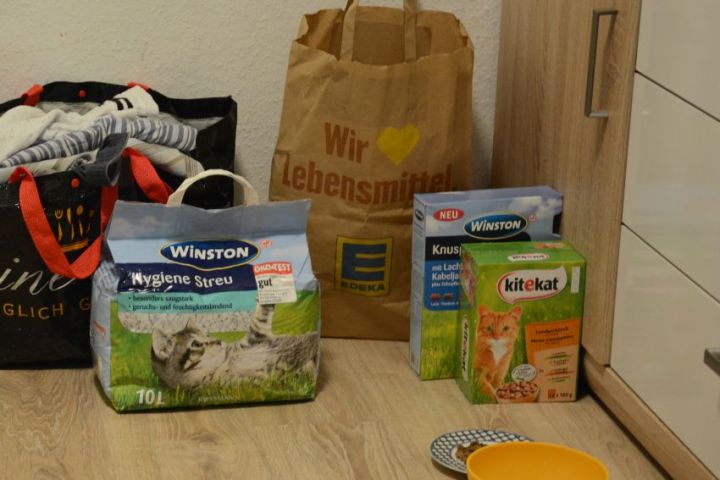 So, here comes a small update,… I moved out of my apartment, at least for a while. This is just temporary, I will go back to my apartment. As I mentioned some time ago, my uncle got some health problems, and he felt better after a while, but over the recent weeks he got some bad symptoms, but the doctor said the symptoms will disappear. However, I don’t want to write about it in detail, but he needs help at the moment, which is why I moved to my uncle for a while, together with my cat Shyna. We got our own room in the house.

As you can see in the photo above, we were equipped with some basic stuff for the first days, we’ve been here the second night already. I brought in the cat litter box, and purchased new cat litter, dried food and wet food for the cat. I bought some basic stuff for myself, and brought in some clothes for the first day too. We are well equipped for now.

If you know me, you know how important my PC and internet access is, brought in my own PC and some cable stuff, but my uncle provided a huge screen and the LAN cable to get me online over his router. I demanded a cable, because I hate WLAN, because in case I do play games online, I need a stable and fast connection. His connection is fast as mine, and I really like his large screen, even if I have a large screen too, his screen is bigger. 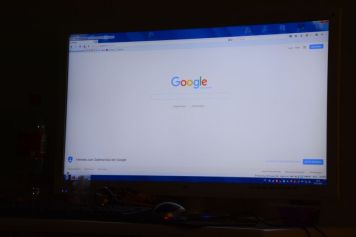 The desk is improvised, it’s a table from the garden, which is why you see some dirty spots on it that we could not clean well, but that is not a problem for me. Not sure if you noticed it, but you can see my cat on the bed in the one photo, she is now exploring our room. I mentioned her, because the temporary move was a little bit problematic for her and I will tell you why. I have one of those great boxes, where you can put in your cat, for example if you visit the vet, and I believe my cat thought we would go there, when I did put her in.

When we arrived at my uncles house, and when I got my room, I noticed that my cat hid under the bed, she was extremely nervous and I can understand that peds are stressed if something new happens. Not only this, I noticed she injured her nose, although the last two photos are blurry, you can see it in one photo. I assume she did rub her nose on the plastic of the transport during the drive to my uncles home. I hope her nose will be ok soon, but I remember she once did the same when we visited her vet, the nose did heal. On a side note, my cat was under the bed for a very long time, but she starts to get used to the new situation, but I planned a blog post about this, I shot some photos for another post.

So, currently I am not in my home town, I am now basically in the middle of Lübeck and Hamburg, or in other words between both cities. My uncle asked me to stay there for a week, but it might even be longer, it doesn’t matter to me, I could even stay a few more weeks if it’s needed, I will offer help. Over the days we will sometimes drive in the cities to make purchases. Since this was basically a hush hush operation, I forgot that I still had food debris in a cooking pot in my kitchen, but as my mother has a key, I called her by phone to open my apartment and to clean the pot (laugh). That’s the update for now.

13 thoughts on “Moved For A While”